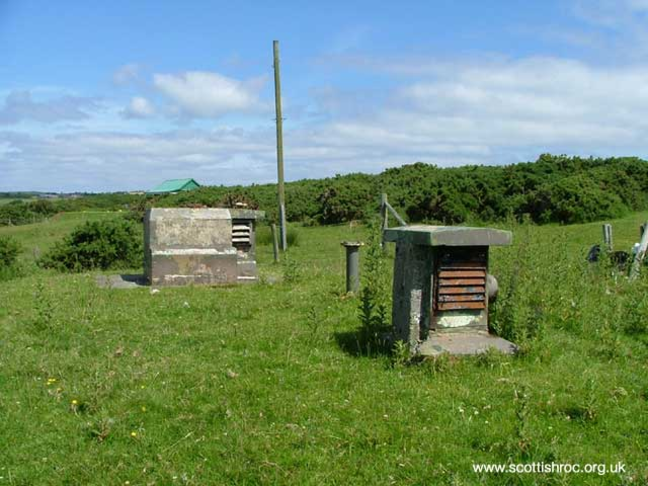 25 Group Royal Observer Corps Association is a not for profit constituted group who has restored the Skelmorlie ROC post providing free guided public tours for interested members of the public since 2004. The ROC association is looking for funding to restore the underground monitoring post at Stravanan bay on Bute which was the master post linking Skelmorlie. The role of the ROC during the Cold war was to provide information on the effects on a nuclear attack against the United Kingdom.

Looks like an interesting project. How long do you estimate the whole project will take? Do you have capital funding to raise as well?

The ROC monitoring post network within the UK stood down in Sept 1991 as a result of the ending of the Cold War. Since then the threat of nuclear weapons has recently appeared within global politics and the aim of this restoration is to educate the public on the threat and consequences of the deployment of nuclear weapons and the effects that it would have on the citizens and communities within this country. The free guided tours will be carried out by ex-ROC personnel who operated at the posts.

The funding we are trying to secure is not for any capital expenditure but items such as replacement metal louvres using local island based engineering company, painting and decorating supplies, ground maintenance and internal/external decoration using unpaid volunteers within the association. Creating a support network on the Island to maintain this part of our heritage into the future, and providing an interpretation board for both local and tourist visitors to the area.

The whole project is intended to be completed by September 2018 at the latest to meet the Open Doors weekend free public access programme for Bute. We have a complete set of original equipment in secure storage, lease is in place, PLI insurance is in place and all it needs is for work parties to carry out painting, decorating, external site tidy-up and lastly replacement of external components that have weathered due to location and age using local firms on Bute No capital funding is required.

These ROC posts were/are part of our heritage. The monitoring post at Skelmorlie has been fully restored and is a very interesting/informative in-site to the role of the Royal Observer Corps during the Cold War era. Having the post restored on Bute would add to a more realistic setting (it being a Master Post). The more posts that are restored over the country would ensure that the heritage/history of the ROC would not be forgotten. CCJ.

As a former Deputy Group Commandant of No 25 Group Royal Observer Corps, Ayr, I fully support the proposed restoration of the underground monitoring post on Bute. It is part of the heritage of the island and would be an interesting, additional local tourist attraction. All of the restoration work would be carried out by former members of the ROC who are keen to see our heritage promoted across the Clyde coast.